The payment processing company Stripe is forwarding cease and desists to Chilling Effects.

We’re partnering with Chilling Effects. Developed at the Berkman Center for Internet & Society, Chilling Effects is run by the EFF and law clinics at Harvard, Stanford, Berkeley, and other universities across the country. Chilling Effects tracks the use of cease-and-desist notices to gauge the impact of legal threats to online expression. This database of notices provides important empirical data concerning the real-world effects of laws and policies.

From now on, whenever a third party sends a legal request for us to stop working with a user, we will pass a copy of the request to Chilling Effects. (We will, however, first give the user the chance to opt out of this disclosure.) Reporting take-down requests is standard practice at Google, Twitter, and GitHub today.

Chilling Effects is about takedown requests related to copyright infringement, but Stripe doesn’t say takedown requests, they say cease and desists. Which makes sense because Stripe doesn’t do copyrighted stuff, they do financial transactions. The trick is that they’re applying the process defined in the DMCA for non-DMCA stuff. Because it’s a pretty good rulebook for handling conflicts of all kinds.

My music this year will only be music in the public domain (without copyright) or released with a Creative Commons (some rights reserved) license. Everything else, the vast majority of my collection, was under ‘All Rights Reserved’ copyright, so it had to go.

But ownership of domains changes, and when it does the identifiers associated with one ownership become invalid. Many types of identifiers, including ISRCs, need to be persistent. So you couldn’t use URLs for these.

This could be corrected by adding a date to the identifier. The new identifier would be a URL/date pair, like

The date specifies a point in time when the identifier was valid. So if there is a valid identifier http://example.com/1234 on January 1, 2000, and then example.com comes under new management which doesn’t support this identifier, the dated URL continues to be valid.

Give it the whole 24 minutes. Great for getting into a flow state.

Most web sites ask for a password when you register.
After logging in, you can access the site until your session expires.
When you forget your password, you can request an email with a link to a password change form.

NoPassword factors out the password from this process. You register with an email address and receive a link that gives you a session on that browser until you log out.
If you ever need to log in from somewhere else, you can request another email with a link that will log you in wherever you are.

Check out the code on Github.

For working this morning I’m listening to instrumental music hosted on a contemporary classical composer’s own site.

Just listening through the page, one MP3 after another. Good sounds for calm and focus.

The guy’s name is Marcos Balter.

I stumbled on his music at New Music reBlog.

Screens are everywhere, Pages are dead:

25 percent of YouTube videos are being watched on mobile devices and the number is accelerating rapidly. In some markets, like Korea, that figure is already at 50 percent. Rajaraman attributes this rise to everything from larger screen sizes, more 3G and 4G networks, and consumers turning to tablets over desktops for info and entertainment.

For content makers, this means that creating a video channel page in a “classically desktop” design is folly. Pages with links, browser bars and other desktop architecture just doesn’t belong in a video environment, says Rararaman.

“Pages are dead,” he says. “It’s all about fluidity and a full screen model.. like TV.”

Pages have a supremely great API. Video has no API. There are no standards for screen-oriented apps. So how do you customize the user experience on a screen without a page? 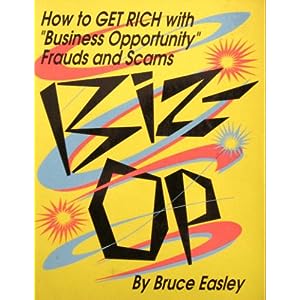 The leverage for biz op scams is unrealistic ambition. The antidote is knowing your limitations.